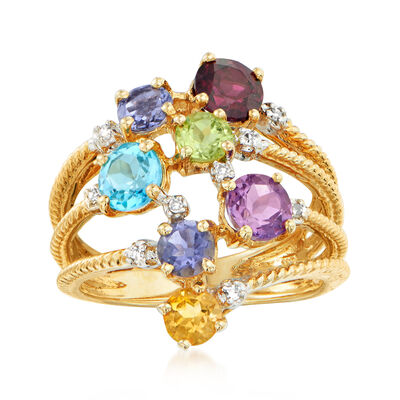 Iolite Jewelry Created from the Gem of the Vikings

Typically a beautiful purplish blue, the iolite gemstone takes its name from the Greek for violet. The color has a charming softness to it, distinguishing it from the more vibrant sapphire. With its desirable color and reasonable price, iolite jewelry—like sparkling iolite rings and iolite bead necklaces—should be a staple in any woman's jewelry collection.

Interesting, iolite's first uses were not in jewelry; rather, this stunning gemstone was originally put to work as a navigation tool. Leif Eriksson and his fellow Vikings used thin pieces of iolite as a polarizing filter or lens, which allowed them to determine the exact position of the sun. Armed with this secret weapon, the Vikings were able to navigate their way safely to and from the New World.

Since then, more advanced technologies have replaced the iolite gemstone in the realm of maritime navigation, leaving this blue-violet stone free to take its rightful place in the world of fine jewelry. Ross Simons' collection of fabulous iolite jewelry—including iolite rings, iolite necklaces, iolite bracelets and iolite earrings—is proof that this luscious gemstone is well worthy of adoration.