Although there may be variations in the spelling of its name — drusy, druse, drusies, druzy — one constant remains of this pervasive gem: drusy is truly a thing of beauty.

Drusy: The Beauty of Sparkling Crystals

Comprised of tiny quartz crystals that form on or inside other stones, drusy quartz is a mineral with seemingly unlimited artistic possibilities. The shimmering, clear crystals sparkle like miniature diamonds in the sun. Reflecting the light, the drusy crystals often appear in a rainbow of pleasing colors, creating a palette. Imagine sugar or snow, glistening in the sun. That's drusy.

Interestingly, drusy obtains its shape from the variety of quartz upon which the drusy itself has formed. Thus, with so many varieties of quartz, there are many shapes/cuts of drusy available.

Fashioned 2.5 million years ago, and discovered in the Omo valley in Ethiopia by archaeologists, were some of mankind's earliest and primitive tools. From what were these tools made? Quartz.

According to legend, drusy quartz was an energizer that stabilized both your body and your aura, and promoted creativity.

Drusy crystals went unnoticed in the jewelry world until recently, when they began appearing in the work of noted carvers and jewelry designers.

Rated at 7 on the Moh's Scale of Hardness, drusy quartz is beautifully suited for pins, pendants and earrings. Including this glittery gem in your jewelry and fashion repertoire will broaden your options. Due to its accessibility, versatility and abundance, drusy is becoming increasingly popular among jewelry designers and wearers as well.

The appeal is now starting to grow for drusy quartz jewelry as it displays a multitude of tiny crystals with a reflective surface reminiscent of sugar or snow. The size and evenness of the crystal coverage are both important value factors when determining the quality and worth of drusy quartz items. 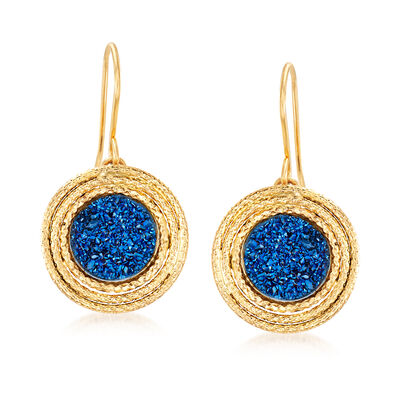 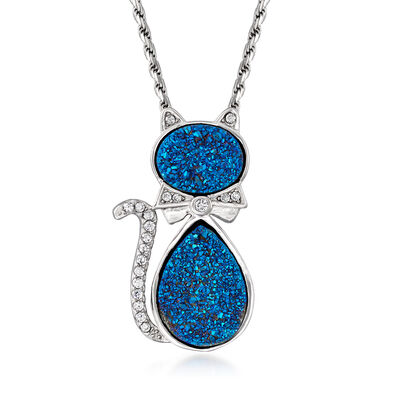 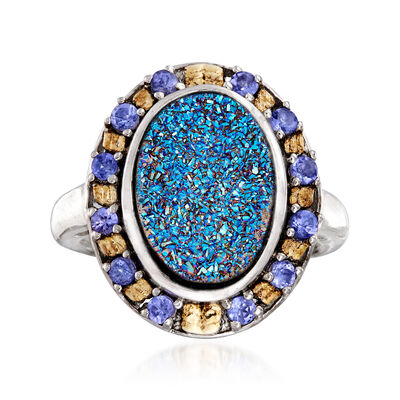 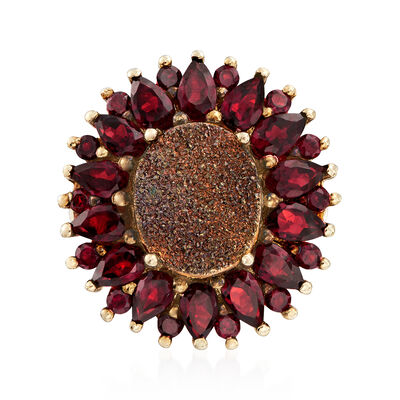 Drusy quartz can be cleaned using warm soapy water and a soft brush. As with most gemstones, it should be kept away from household chemicals and from prolonged exposure to extremes of heat as this can cause damage or permanent changes to its appearance. Drusy quartz should be kept in a fabric-lined box away from other jewelry items in order to avoid damage or scratching.